We are here to help!

In 2003, a group of parents sponsored Northshore’s first-ever auction. The goal was to supplement the general operating fund and to raise money to finish the gym floor. That night was a huge success and the annual benefit auction and dinner has become part of who we are.

The purpose of the event has remained the same since its inception, as an opportunity to help supplement the NCA General Fund and PTF, as well as raise dollars for a specific need/project for the school.

Over the past years, the auction has made an impact and has provided for many special projects, upgrades, and improvements in our facilities and classrooms. Here is a rundown of the many projects our Auction has supported or helped:

Projects Funded by the NCA Community 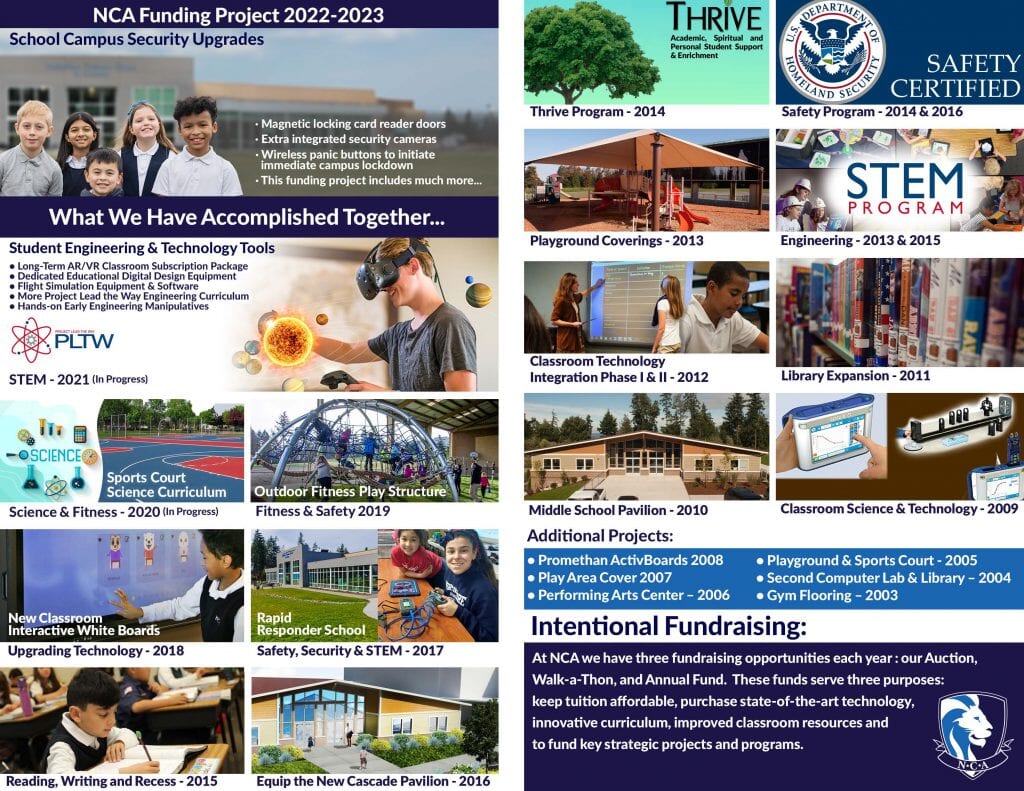