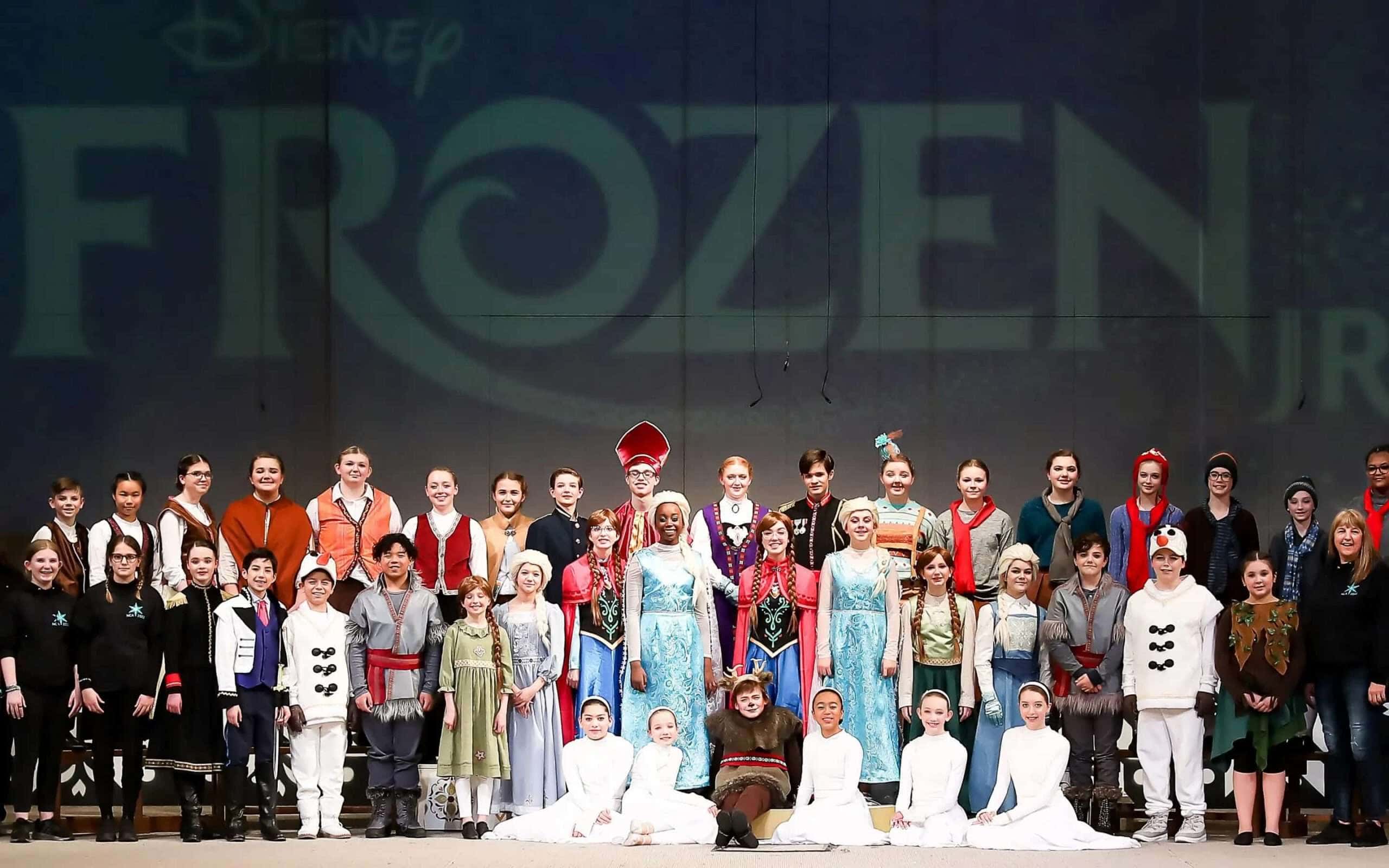 Our guiding motto this year was ‘The Show Must Go On!’ and it did! Many of the 40-student cast had dual roles with the notion of covering the bases in case of student illnesses. This proved to be a great decision, as there were very few rehearsals or performances where all participants were healthy enough to be present. The cast, and additional 9 student crew, were led by Terrie Lemcio, Director/Choreographer; Lisa Walchenbach, Producer/Music Director; Kaylene Williams, Assist. Director; Jeremy Atkins, Stage Manager; Erik Groves, Media Director; and Co-Choreographer (& NCA Alum), Will Lemcio. 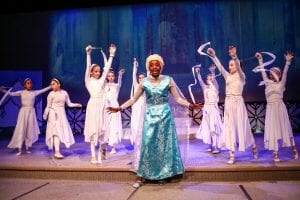 ‘For the first time in forever’ (well… in three years), the musical brought new life to NCA and our Middle School program! Because of the hiatus, none of the 40 student cast members had ever performed in a musical on the NCA Stage before. Fortunately, we were able to offer livestreaming tickets for two of the performances, and all four in-person performances were SOLD-OUT.

Why the smaller cast and limited seating? In the past, we’ve had up to 50-60 cast members and sold many more in-person tickets. However, you may not be aware that Disney requires us to sign a very specific contract for their patented musicals. Disney has very tight restrictions for Frozen Jr., allowing limited cast members, specific cast age, and a cap on ticket sales. 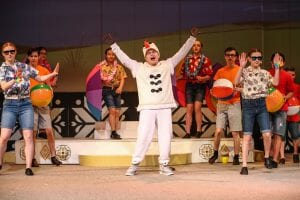 The timing of Frozen Jr. as our musical was clearly God’s plan! The opening of the Gates of Arendelle in the Frozen story was beautifully timed with the exact same weekend that our state began to loosen COVID mandates such as unmasking, giving both our staff and students renewed hope for a healthier and happy way to live. Time to ‘Let it Go!’

Love is the answer! After restricting volunteers in the school the past couple of years, getting enough parent support was tougher than ever before this year. But after all our parents/families experienced how wonderful this musical event was, there are sure to be more volunteers in the future. It takes a village to put on an event of this magnitude. We are truly grateful for the parents and alumni who gave of their time, talents, and love!! 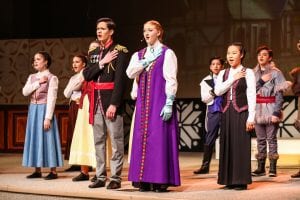 For the finale, cast, crew, and directors, experienced an amazing cast party! Students shared memories, gave shout-outs to friends, and reminisced about the ways they learned to support one another over the 3-1/2 months of rehearsals and planning. Clear as ice, they have realized that they could grow and work together and accomplish hard things. Bravo to all involved!

It was evident that our audience of NCA families, friends, and alumni enjoyed the musical very much. Looking around the audience, one would witness parents and children singing along and little girls dressed up like princesses, dancing in their seats. Intermissions were a fun break with concessions offered, and after each show both cast and crew celebrated with their friends and families in the lobby. Some even signed autographs! It was pure joy to come together in community and celebrate. We are so grateful to our Lord for this joyous occasion going off without a major hitch! 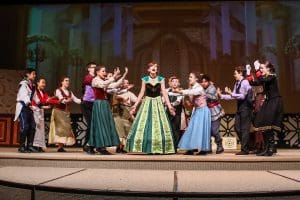